Martaisha Thomas, a Carson School first-grader, was a victim of a drive-by shooting in July 2015 that almost killed her.

After spending months in Cincinnati Children’s Medical Hospital and enduring 10 brain surgeries, Martaisha’s sweet spirit is inspiring many around her as she works to overcome the physical issues that she has faced, particularly paralysis on her right side.

Martaisha, now 7 years old, is in FamiliesFORWARD’s After-School Program, where she participates in visual arts and plans to start African dance in January 2019. While Martaisha gets around easily, her fellow classmates help her do some tasks, such as putting on her coat or shoes, or cutting paper. Her teacher also is supportive, and Martaisha undergoes occupational therapy and physical therapy weekly.

Martaisha still has the ability to light up a room. She has the most infectious smile. She loves to sing, dance and play like all of the other children. She does not let anything stop her.

Recently, Martaisha and her little brother were placed with their aunt.

FamiliesFORWARDin November 2018 nominated Martaisha and her family for the Wish List, a holiday program administered by the United Way of Greater Cincinnati and The Cincinnati Enquirer. FamiliesFORWARD asked for beds and bedding, school uniforms and clothing for Martaisha, and Martaisha said she would like dolls and princess characters and to see dancing, especially ballet. She also needs toys and other devices to help in her development, such as an electronic tablet to assist her with her cognitive development and her gross- and fine-motor skills, as well as equipment to strengthen her muscles.

And she and her family were selected!

Further, after her story appeared in The Enquirer, Martaisha attended the Dec. 12 dress rehearsal of the Cincinnati Ballet’s “Nutcracker,” where she was greeted by a gift-bearing ballerina. The Ballet presented Martaisha with a purple leotard and tutu, and dance lessons as part of a class named Ballet Moves.

“This is the best day of life,” she told The Enquirer’s Sharon Coolidge.

Martaisha continues to make strides, and her teachers and the FamiliesFORWARDCarson staff will provide her the academic and enrichment support that she will need. 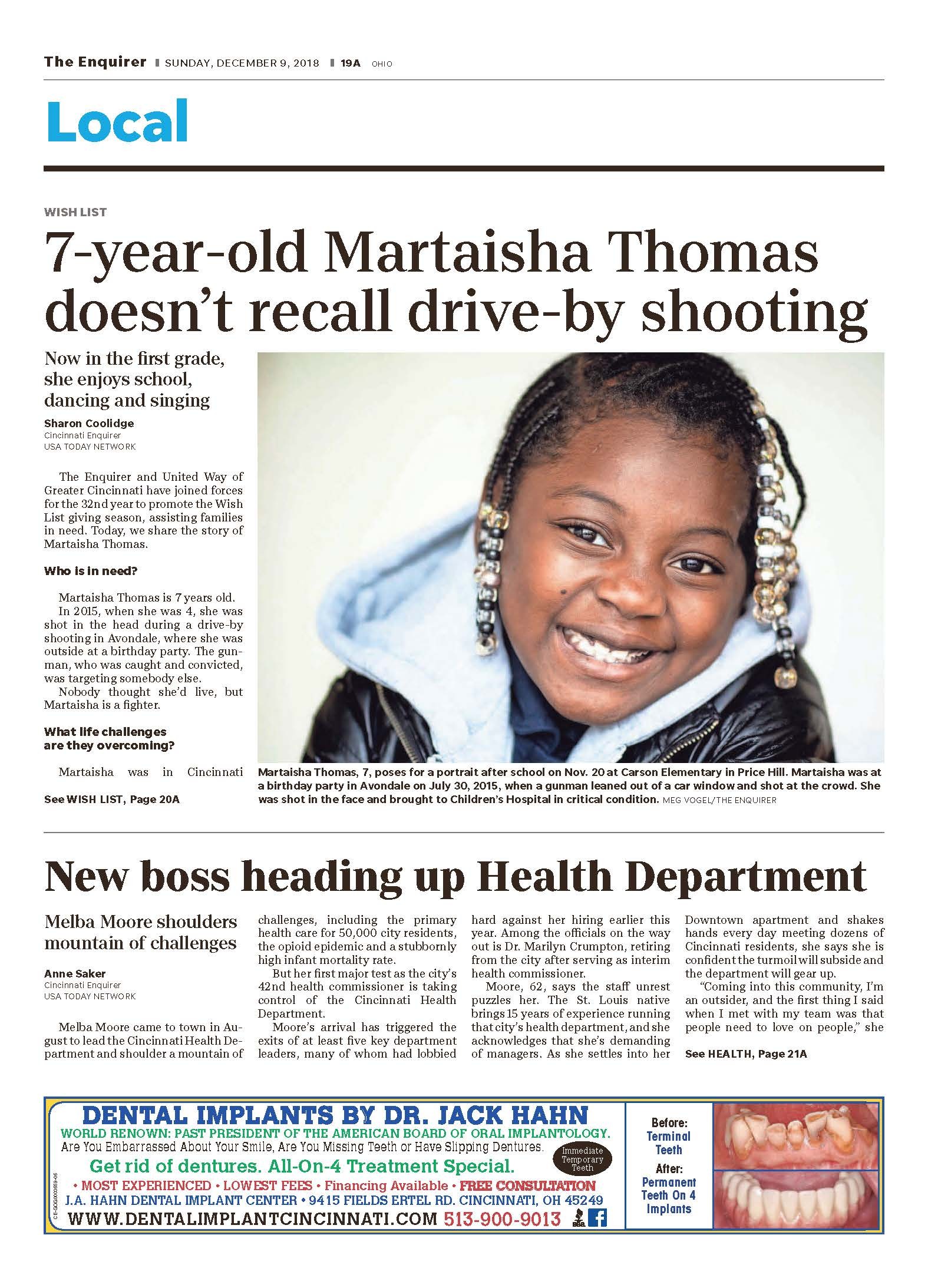 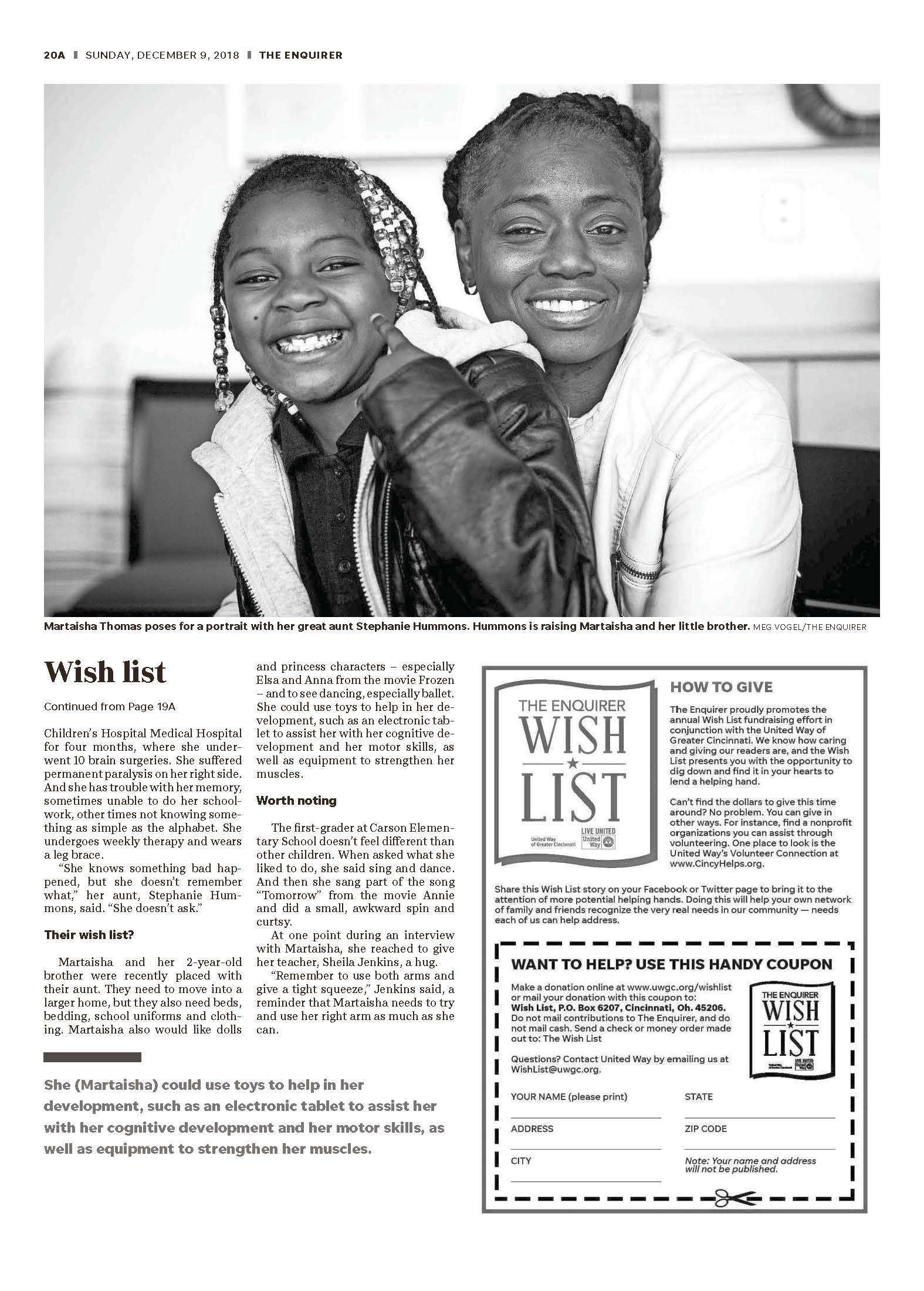 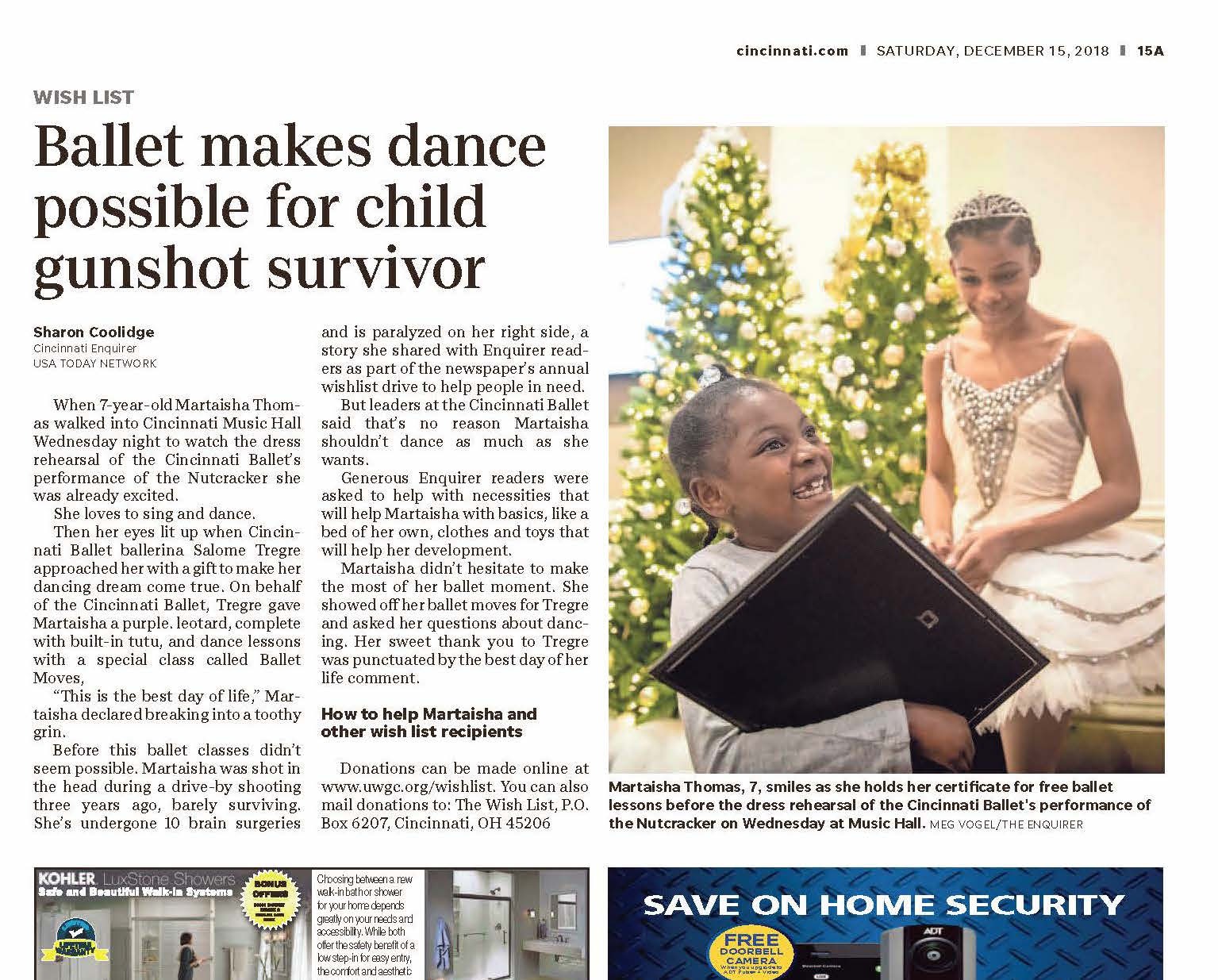