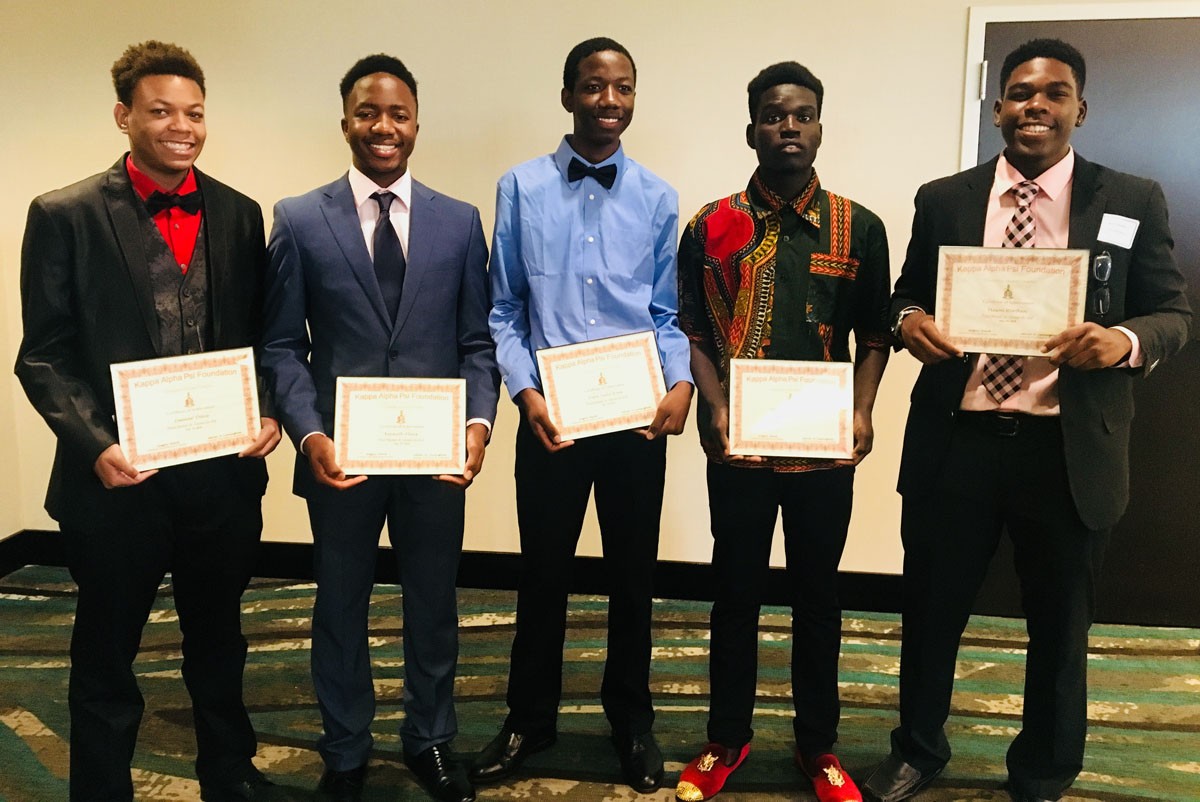 Scholarships were awarded to Kenneth Alexis, Dauvae Davis, Papa Sadio Kone, Guy-Leroc Ossebi and Mason Worthen. Four received $1,000, and one received $500. They were among 21 who received the awards in 2018, the most for a single year, totaling $20,000, according to Kappa Alpha. Through the years, Kappa Alpha says it has given more than $150,000 to high school scholars. Since 2012, the fraternity has provided 31 Withrow students with scholarships.

The application process requires students to write an essay, achieve at least a 2.8 GPA and complete a one-page application. A seven-member Scholarship Committee of the Kappa Alpha Psi alumni chapter then reviews the

applications and conducts interviews with applicants before selecting the winners. The five of six students who applied from Withrow this year and received the award: