FamiliesFORWARD Executive Director/CEO Deborah Mariner Allsop received the honor of a lifetime in October 2019 as one of 10 Enquirer Women of the Year.

A luncheon for the 51st anniversary of the Women of the Year occurred Oct. 22 at the Hyatt Regency Cincinnati hotel, downtown. More than 500 women have been recognized since the program began in 1968. 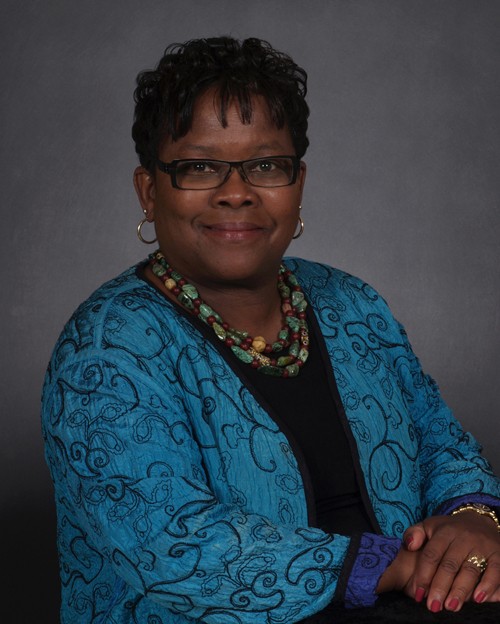 In announcing the choice of Allsop, The Enquirer wrote in September: “Deborah Allsop, Wyoming, has been a fearless champion for vulnerable children and families and serves as a moral compass for the community. Allsop was the first African-American to serve on the Wyoming school board. In her leadership role at United Way, as executive director of FamiliesFORWARD and through volunteer service as an officer of the Cincinnati Preschool Promise board and a board member of the Great Oaks Career Campuses, she is dedicated to improving the lives of those less fortunate.”

Allsop has been the executive director/CEO of FamiliesFORWARD, a United Way partner agency, since October 2007.

She retired from the United Way of Greater Cincinnati after 29 years of progressively responsible positions, including early-childhood programs and school-age children’s services for ages 6-18 years. During her career at United Way, she served as director for allocations and program evaluation for 15 of her years of service. Among the notable United Way initiatives in which Deborah took a major developmental leadership role were Success By 6 and Every Child Succeeds during her last 12 years of service.

In 2017, she was named to the founding board of Cincinnati Public Schools’ Preschool Expansion Organization. She serves as the secretary of the Cincinnati Preschool Promise Board of Managers, as a member of its executive committee and as chairwoman of its governance committee. She also serves as a member of the Great Oaks Career Campuses Board of Directors and previously served for 16½ years as a Wyoming City Schools Board of Education member. She actively serves the Episcopal Diocese of Southern Ohio Episcopal Church Women as its vice president and co-chairs the St. Lawrence Home Association Scholarship Committee for Minority Women and is a member of the diocese’s Minority Empowerment Institutional Trust Board.

Deborah has received numerous awards recognizing her leadership—among them, the YWCA Career Women of Achievement Award in 1991; Great Rivers Girl Scout Council Woman of Distinction in 1998; the Bishop Herbert Thompson Distinguished Humanitarian Award from the Cincinnati Human Relations Commission in 2012; and the Dada Rafiki Sisters Award in 2018.

Click here to read The Enquirer’s story on Allsop. 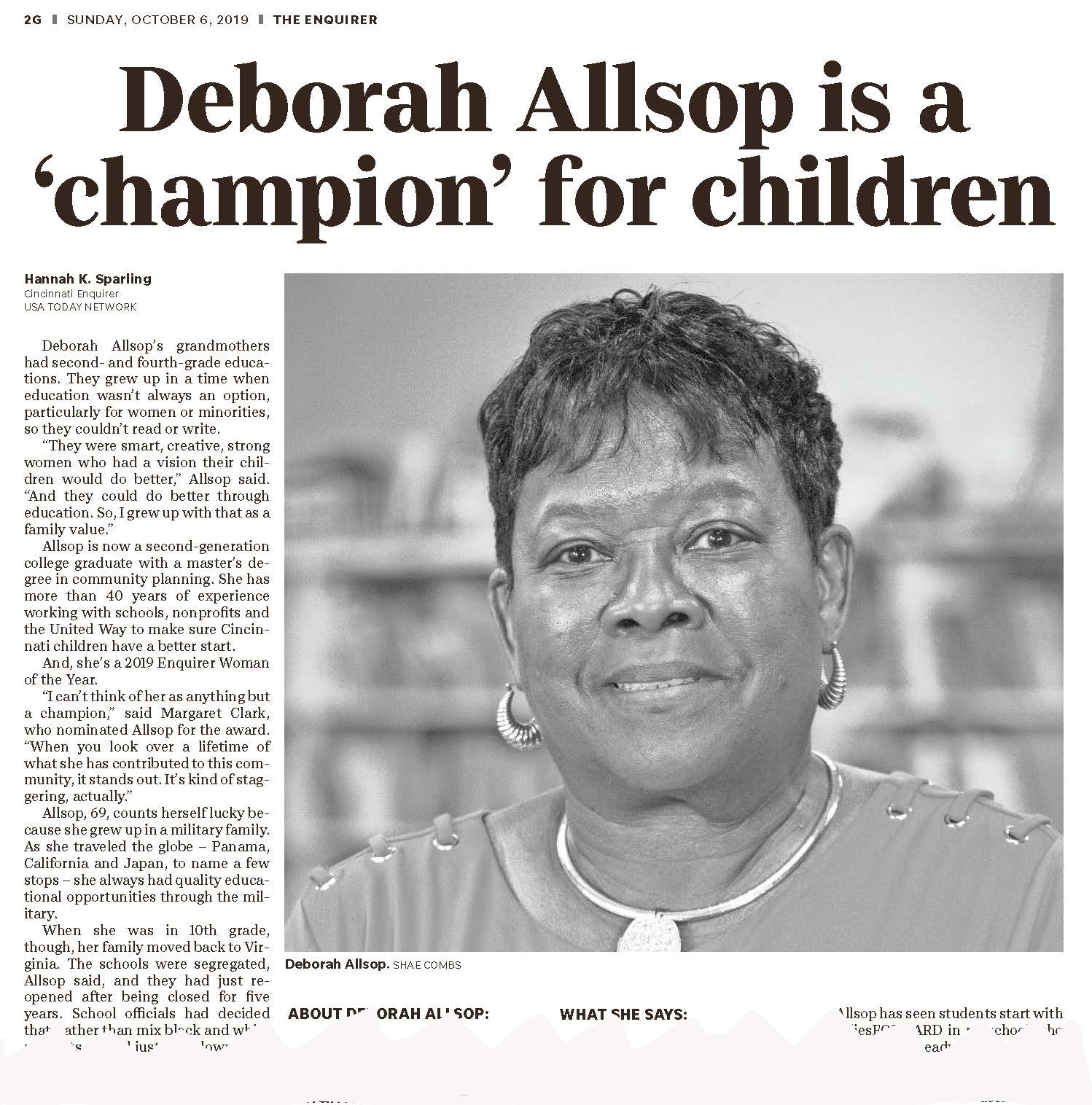