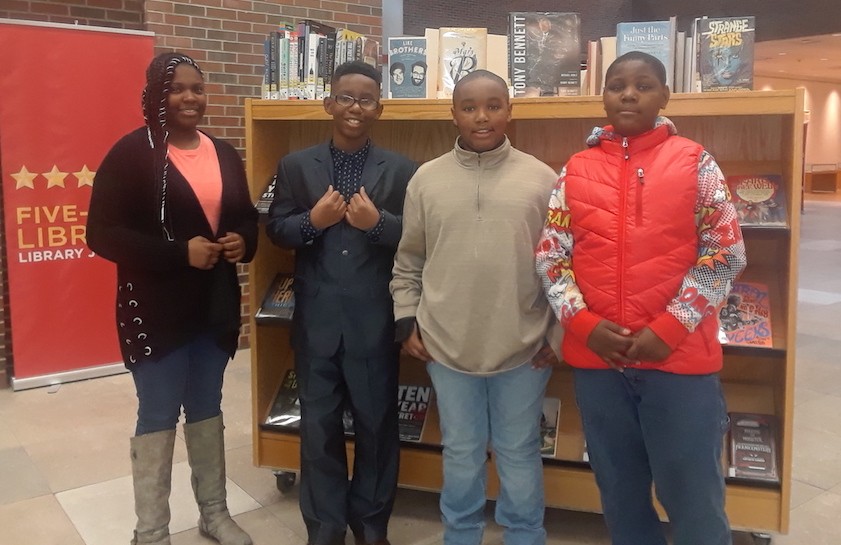 From left, Char’Meyka Washington, Marcus Darby, Aden Willis and JaQuale Miller were among Bond Hill Academy of Math and Science Discovery students who published a book on Judge Nathaniel Jones.

The National Youth Foundation honored students from Bond Hill Academy of Math and Science Discovery in January 2019 for publication of a picture book on civil rights icon and Cincinnati resident Judge Nathaniel Jones.

Jones was a U.S. circuit judge of the U.S. Court of Appeals for the Sixth Circuit until his retirement in 2002. He was nominated by President Carter and confirmed by the U.S. Senate in 1979. In 1962, he became the first African-American to be appointed as assistant United States attorney for the Northern District of Ohio in Cleveland. 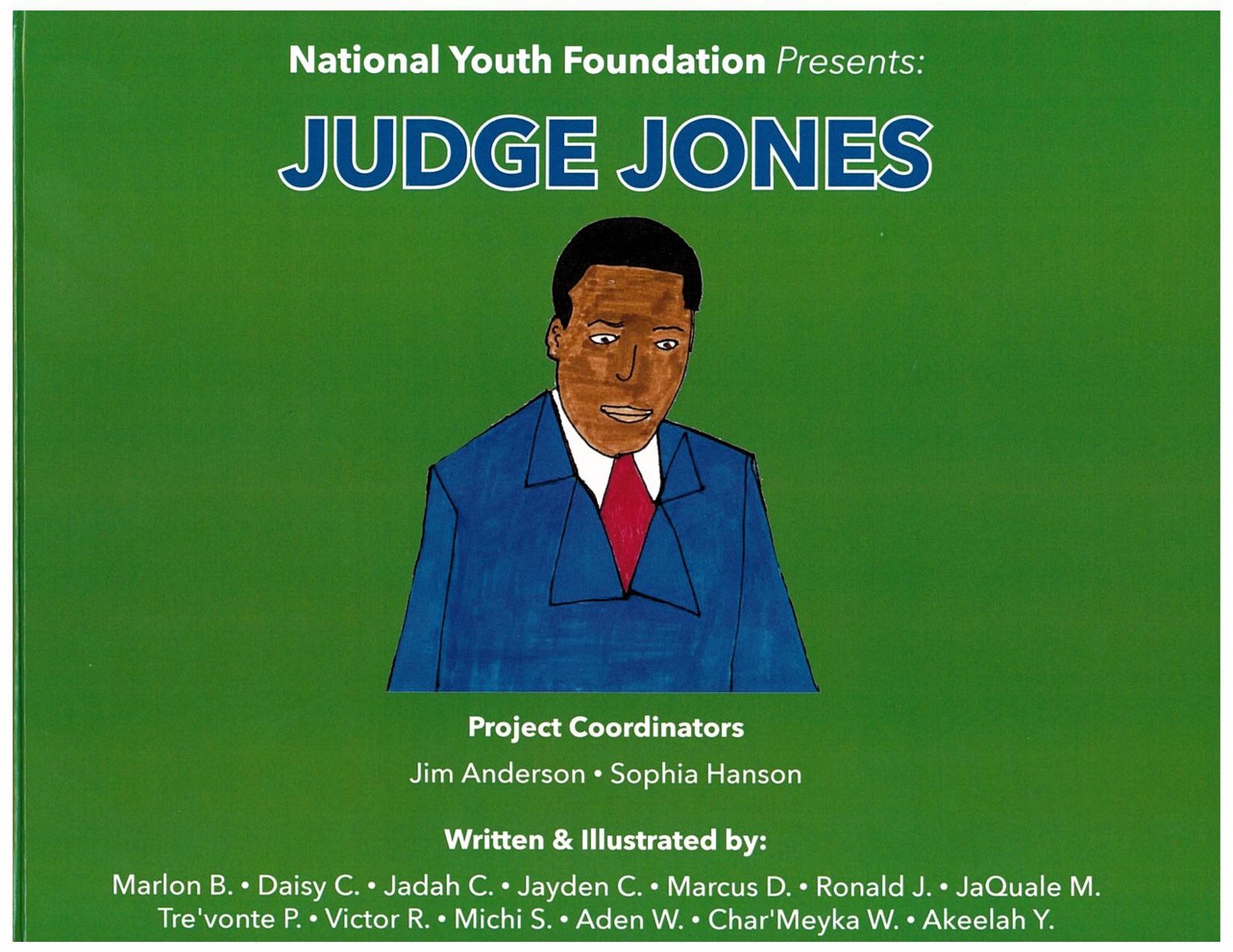 The National Youth Foundation, with the help of educators and community leaders, identifies students to participate in its Youth Writing Workshop. During six to eight sessions, students learn to work in teams to research, develop, write, edit, illustrate and publish an original book. The foundation says the creative process of working in teams helps provide a natural environment to practice editing, teamwork and communication skills necessary for future success. The books are published in hard copy and donated to local public libraries.

The students were recognized in a ceremony Jan. 19 at the Main Library of the Public Library of Cincinnati and Hamilton County, which was attended by Jones and Robertson. Students presented copies of the books to the two men.

The books also were presented to Paula Brehm-Heeger, the Eva Jane Romaine Coombe director of the Public Library of Cincinnati and Hamilton County, who said they will become part of the permanent collection in the children’s section of the library so that children will be able to check out the books and read about the lives of the Cincinnati living legends. 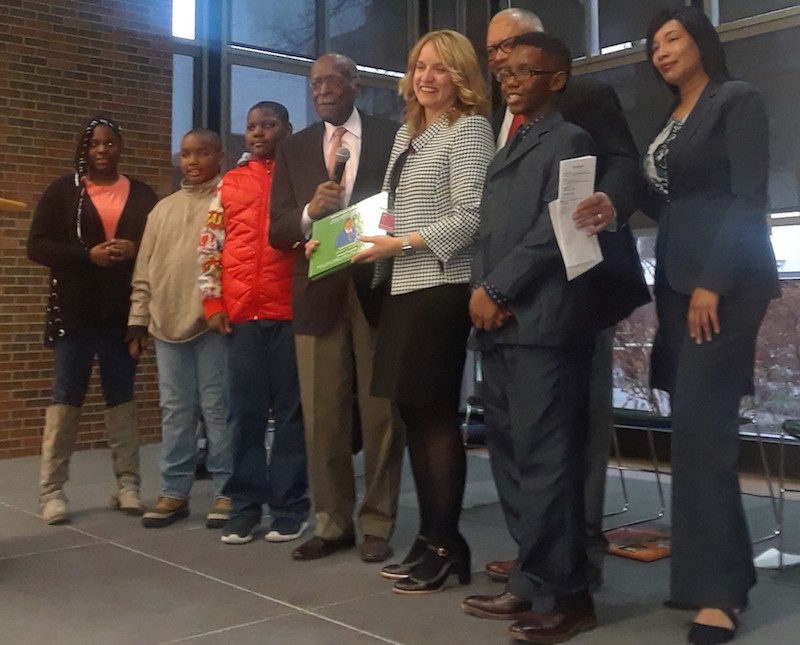 The Bond Hill students presented their book to Judge Nathaniel Jones (center, with microphone) at the Public Library of Cincinnati and Hamilton County. Also in the group (from left of Jones) are Paula Brehm-Heeger, the Eva Jane Romaine Coombe director of the library; Jim Anderson of Alpha Delta Boulé chapter of Sigma Pi Phi Fraternity and the Cincinnati Alumni Chapter of Kappa Alpha Psi, who helped spearhead the project locally; and Sophia Hanson, National Youth Foundation cofounder.